Of course, the bigger news than our Australian adventure is the tragedy of the earthquake in Japan and the accompanying tsunami, which remind us of our relative insignificance relative to the forces of Nature.   We suffer with the rest of the world for those who were harmed in this natural disaster.

However, our trip continues and today we are in Warburton, Victoria, and met some members of the local community who work with children.   I gave a lecture at the Warburton Town Hall and, of all people, the Governor of Nambe Pueblo in New Mexico, attended.   We were able to chat afterwards and I learned about "The Gathering of Eagles", which will take place at Nambe Pueblo in New Mexico during the last week of July.   We were staying at Sancta Sophia Meditation Center in Warburton, a center started by a Carmelite, Sister Kathleen, and a Benedectine, Father Ken.   Their mission was inter-religious dialogue, of which we were having much.

Next we focused upon how we would interview within a storied paradigm as compared to diagnostic interviews based upon conventional diagnostic categories.   I had the opportunity to interview an aboriginal woman who had defied diagnosis for 12 years except for her asthma and back pain.   Her main symptom was severe fatigue, for which her doctors had just prescribed an antidepressant.   We quickly reviewed her laboratory studies which were largely unremarkable as is so often the case.   There were some signs of chronic, low grade inflammation like a slightly elevated erythrocyte sedimentation rate, a slightly increased platelet count, a slightly low level of triiodothyronine, a slightly reduced estradiol level, a slightly reduced blood hematocrit, and a slightly elevated evening cortisol level, none of which were diagnostic of anything.   Her symptoms consisted of some menstrual irregularities, some extra ovarian follicles, moderately severe asthma, back pain, and stomach pain from duodenitis.   She had seen conventional doctors and natural healers, including a traditional Chinese doctor, a reflexologist, and a naturopath.   She had been raised in an urban environment and had a large aboriginal extended family and many contacts, but none of them were elders who did healing, or it had never occurred to her to ask this of her relatives and acquaintances.   Nothing had really helped her.   The Chinese medicine had resolved her canker sores, which wasn't a major problem for her anyway.   The reflexologist had successfully mapped the sore areas on her foot to the body areas that were problematic, but that hadn't changed anything, however amazing it was.   The naturopath had tried eliminating all sugars, pork, spice, sauces, dairy, soy, and wheat, which had made no difference.   The supplements he prescribed had worsened her stomach pain.   She had recently started eating bread and dairy again and was no worse the wear, though she had realized that especially rich foods gave her more stomach discomfort, bloating, and constipation.   She had taken the birth control pill, Yaz, to regulate her menses as well as Accutane for acne.

Then I began to look for the story.   The last time Sandra remembered being completely well was when she was age 16.   That was when her partner, with whom she had been living since age 13, killed himself.   She sadly moved back home only for her mother to die two years later. She found another partner with whom she had two children in two years. Then, her favorite aunt died unexpectedly.   That's when she had her first asthma attack.   Back pain followed suit.   Sandra didn't have a theory about how she got asthma but thought that her back pain was the result of carrying two young children around.   She continued having moderately severe asthma and back pain for ten years until she became pregnant with her third child.   During that pregnancy, her asthma and back pain improved, but then they came back with a vengeance after she gave birth.   Suddenly a new very severe symptom appeared -- absolute and complete fatigue, which had continued unabatedly severe until today.

During all this time, Sandra had been running an art cooperative that her mother had started.   It managed a number of aboriginal artists' work and had retail outlets throughout the area.   Sandra had some tears as she talked about her mother, who had been absolutely driven to succeed and bring her family out of the relative poverty in which they had previously lived.   Sandra's grandmother had also been an accomplished artist, had nine children, but had lived in relative poverty even as she supported Sandra's mother to go to art school and be successful in a contemporary sense.

I asked Sandra what she would be doing if she were well and she said she would be out in the world continuing to expand and grow the business that her mother had started.   She worried about the business all the time, even though it was doing well.   She feared that her limitations would make it suffer.

"How much help do you have?" I asked.

"Help!" she responded incredulously.   "Everyone's too busy with all the things they have to do to help me. "   She recited a litany of examples of how her children were too busy with their homework, or too young.   Her husband worked 6-1/2 days per week to support the family.   Her relatives were equally busy.   Slowly it became clear that Sandra couldn't ask for help and wouldn't take it, if offered.

"So," I said.   "We have a SuperWoman story!   Modern aboriginal woman defies all odds, continues to build her mother's business while raising a family and refuses all help because she can do everything, including leaping tall buildings with a single bound and running faster than speeding locomotives."

"Wonderwoman," she said.   "Better costume.   Invisible airplane.   Lasso."    I had to agree that Wonderwoman was more cool that SuperWoman.   So, here's the story, I said.   And your two dogs fighting (a metaphor for conflicting beliefs) is this: one dog says you have to do it all without help and the other dog says your ill and you can't do it all and you need and have to accept help.   "Right," she said.

"So," I said.   "Did any of your many health practitioners talk to you long enough to get this story?"

"And that's the problem with conventional medicine," I said.   "Here's what I'd do next.   I'd call a meeting of everyone you know -- family, friends, co-workers, fellow artists -- and we'd do a large talking circle in which everyone got to contribute their story about you to your story, and then we'd brain storm about how everyone could be helpful to you."   This made her very uncomfortable since she didn't like to ask for or receive help.   "This is the indigenous way, in which community heals people whether they ask for it or not.   An aboriginal woman elder in the audience invited her to join a women's circle that she led, "whether   she needed it or not."   This would set the stage for day 4's discussions on community.

Lewis Mehl-Madrona graduated from Stanford University School of Medicine and completed residencies in family medicine and in psychiatry at the University of Vermont. He is the author of Coyote Medicine, Coyote Healing, Coyote Wisdom, and (more...)
Related Topic(s): Aboriginal; Asthma; Community; Dialogue; Family; Fatigue; Healing; Health; Health; Medicine; (more...) Women, Add Tags  (less...)
Add to My Group(s)
Go To Commenting
The views expressed herein are the sole responsibility of the author and do not necessarily reflect those of this website or its editors.

The Inflammatory Theory of Depression (10045 views) 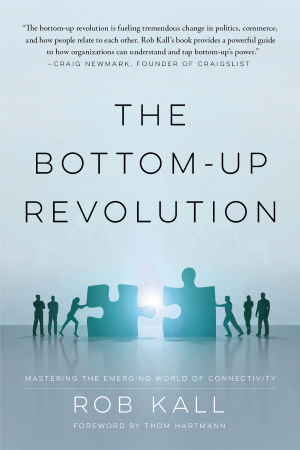